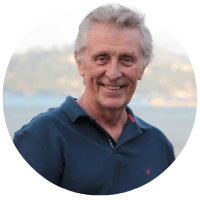 Ernie’s journey as a holistic entrepreneur began in the fields as a farmer, developed in the lab as a cell biologist and has led him to developing a research program focused on human vitality and healthy aging. He also runs his own center in southern Marin County, California. His interview inspires us to take a look at our own distribution systems and teaches us the value of iteration.

What inspired you to become a holistic entrepreneur?

I don’t believe I would say I was ever “inspired” per-se. It has always seemed like the most natural of paths to me. There have been many inspirations along the journey, however! I began as a farmer, then became a biologist, then an entrepreneur in the formal sense. I migrated from genetics to health care and in the last 10 years have focused more and more on integrative approaches.

Tell us about your business or practice.

Building on 40+ years in farming, biology and business, I founded and manage my own research program focused on human vitality and healthy aging. I see patients and clients at my own center in southern Marin County and also at Preventive Medical Center of Marin a few miles north. I also conduct studies for third parties, I conduct my own in-house studies, and I collaborate with a broad community of holistic practitioners, scientists, engaged citizens, and business professionals.

What has been one of your favorite moments as a business owner thus far?

Informal walks through the woods at Cold Spring Harbor with Dr. Barbara McClintock, 1981-82. A year later she would receive the Nobel Prize in Medicine for her work in plants. She was a true renegade genius, and she pioneered a completely new view of genetics that is now part of our foundation.

What are some of the biggest challenges you have faced in running your business or practice?

Establishing early and stable profitability. Once this threshold is achieved, the internal dynamics of growth possibilities shift dramatically. This is a critical early benchmark that has been very challenging at times. Another is understanding my optimal business model from the outset and knowing how to best distribute my value to my target demographic.

How have you overcome those challenges?

I have studied the dynamics of early-stage profitability for some time, and I have made some progress in applying the principles that have emerged. I have also learned to focus early on business model possibilities and distribution strategies. These are keys to early formation and decision-making, and they often are either ignored or given a low priority.

How do you find new clients?

Actually at this stage in my work I am not actively seeking new clients, except through my work at Preventive Medical Center of Marin. This situation has arisen because of some recent research I have done on the quality of our food supply, and I am directing a considerable amount of my energy toward this effort at the present time. Interestingly, I am in the midst of my own entrepreneurial experience as I consider how best to structure any entity that might emerge from this aspect of my work.

To the question, however—when I was seeking new clients—I made a conscious decision not to advertise through any of the current “push marketing” channels or media. I saw this as a certain expenditure for an uncertain result with a reasonably high probability that it would yield nothing. I decided instead to spend more time with my clients, not charge them more for it, and allow the natural process of personal and community-based referrals to function. This has proven to be a great way for me to build my base of patients, clients, research participants, and beyond.   My fees have been relatively very low and the value received has been generally regarded as very high. The money I saved on advertising (and low overhead) enabled me to offer my services at very affordable fees.

What have you found to be most effective in securing new clients to sign up for your services?

I believe I may have answered that in the above response. Other ideas that come to mind are:

What do you do to keep your existing clients engaged in the long term?

I don’t think I do anything consciously to keep clients engaged in the long-term except to encourage a dialog about the entire Process, which—by definition—is long term. Once clients see their relationship with me as a life-long process instead of a “fix-me-now” situation, it leads to an expanded dialog about other possibilities, longer-term planning and similar subjects.

As your own boss, what is your best strategy for staying focused and productive during your workday?

I must be genetically-programmed to be focused. Seriously, I have always been this way…people say the fact that Benjamin Franklin was my cousin has something to do with it.

If you could start your business over again from the beginning, what would you do differently?

Nothing this time around—at least I can’t think of anything right off the bat.

But it’s probably relevant to point out that I have started—or helped start—over 20 different companies or organizations since the 1980’s. So if I were to reflect upon what I would have done differently in my most disappointing start-up, I would have insisted that we achieve stable financial self-sufficiency as soon as possible without sacrificing the mission of the enterprise. This would have placed us in a much better situation with our potential financial partners. While in retrospect the circumstances would have made achieving early profitability fairly unlikely, I still believe this should be a high priority for any start-up enterprise.

Over the years I have observed an amazing amount of productive energy that comes to an enterprise when it is stably profitable—even if it is small and somewhat humble in appearance. The lack of stress and the degree of focus this offers allow for a more positive and clear environment.

I give a workshop on this topic entitled “What’s Your Tuesday Morning?”

What were some of the first mistakes you made that you would tell a new holistic entrepreneur to avoid?

The single biggest mistake (aside from not achieving early stable profitability) was in placing too much value in our “black box” (e.g., our unique value, our “secret sauce”) and not enough on the optimal distribution strategy for the technology.

Failing to realize that in our world today, “genius” is everywhere and secret sauces abound. In many respects the public has “gone numb” with all of the messages in all of the media by people promoting the next greatest life-enhancing cure for whatever ails you. I found that by positioning myself and my practice in a unique way I would be able to avoid being so easily categorized as some of the other practitioners I watched try to launch their practices.

I give a workshop called “The Other In-Box” on this subject.

Finally—and since this question is primarily addressed to holistic practices I would say that one of the early mistakes I made was to fail to communicate to clients that I had a program based on solid evidence and it is completely natural, safe and affordable. This “value proposition” really described what I was offering to my clients, but it took me awhile to realize that I wasn’t helping them see it that way. Once this issue disappeared it opened up a number of opportunities to meet new clients and build on relationships with existing ones.

What are the top three business tools or resources you couldn’t live without?

SmartPhone (with all of its bells and whistles)

What has been your most effective method for growing your business?

What is the craziest thing you’ve ever for done for your business?

That’s a tough one…and I really can’t go into the details, but let’s just say it had to do with a surveillance mission gone awry.

What is your favorite indulgence?

Most exotic thing you’ve ever eaten?

If not, I’d have to say it was the dinner I was served in Tokyo one evening in 1983 when I was alone for the evening and found a seat at a restaurant counter. Suddenly, three Japanese gentlemen began helping me order from the illustrated meals on the place mat—the problem was they only spoke Japanese and I knew three words in Japanese.

Each time they would point to something on the menu I would more-or-less shrug —like I was trying to say “What?” and they thought I was saying “Yes!”.

Long-story-short, within a few minutes I had three platters full of the strangest assortment of sea creatures I have ever seen, and I would swear some of them were still slithering.

And that’s the story of the entrepreneur who blasted out of a restaurant in downtown Tokyo and helplessly tried to blend in to the crowd on the Ginza.

Most memorable place you’ve ever visited?

“Energy Medicine” (am half way through “Conscious Capitalism”)

If you could only have one kind of food for the rest of your life, it would be…

If the seas were clean, it would be fish, in my case Salmon and Sardines. On land I would have to say it would be wild forage (or is that cheating to use this?), including whatever sources of animal protein might be included. I have read that a reasonable percentage of protein consumed by grazing and foraging animals comes from the insects and other small animals in the pasture or other forage plants. One way or another, it would have to be rich in trace minerals or I wouldn’t touch it.

What is your go-to breakfast?

1 can of sardines in olive oil- OR-smoked salmon,

What do you find most fascinating about the human body?

That the human body sits at the “fulcrum of vitality” in the seven-dimensional model of human vitality I discovered.

This means, of the seven dimensions of human vitality, the body has three “lower or foundational” dimensions, and three “higher or non-physical” dimensions.

That the body is both the “end-product” and the “vehicle”

That the body is in one true respect a machine with hardware, software, wireless capability, and a spectrum of programs and applications, ranging from fundamental operating system to highly-interactive and transient.

That a truly vital human body is a Cosmic work of art.

What do you love most about being an entrepreneur?

Being sure that I will not be fired, of course!

Seriously, I would say that it is being in a high state of control and responsibility for things about which I am very passionate.

It is the opportunity to experience true stewardship of my own creative energy and the energy from others with whom I collaborate.

It is the opportunity to wake up, wipe the steam off of the mirror, look at myself and feel good that I have done something to help make the world a little better place for those who follow.

Ernie Hubbard is a Healthy Aging Researcher based out of Marin County, California. You can find out more about him and his center, The Sage Center, at www.thesagecenter.org.

Have you signed up for your free membership yet?

If not, come join in! Click here to get started. 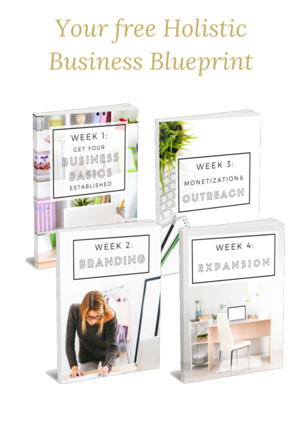 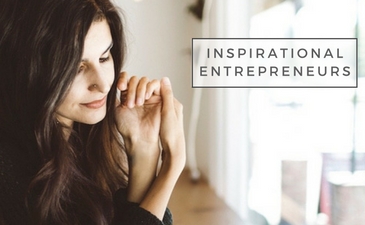 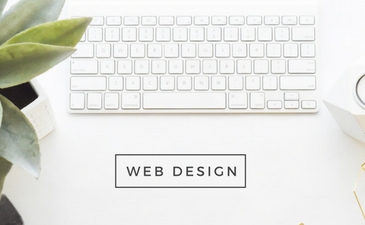